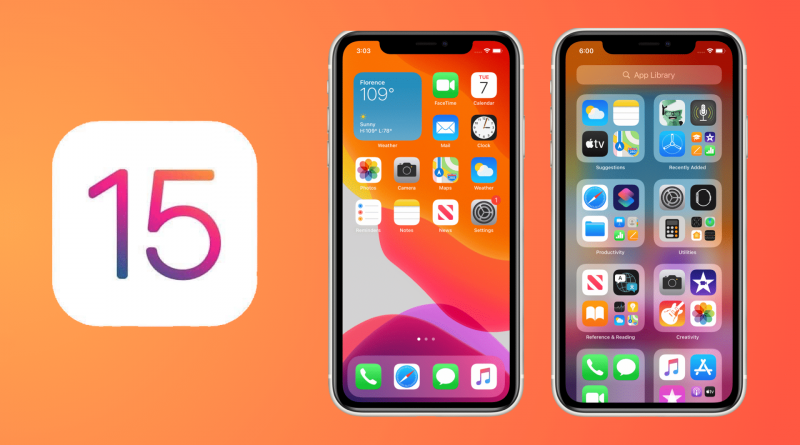 Apple has released iOS 15, and if your phone is running iOS 14, it will be able to handle the new software as well. Every iDevice that has been released since the iPhone 6S in 2015 is eligible for the update.

It may not appear that much has changed after you’ve downloaded and installed the new OS version, but we are here to tell you that the iOS 15 update is packed with features. They’re made to make your iPhone more secure, user-friendly, and amazing.

Let’s check out the major upgrades introduced for users:

1: FaceTime for Windows and Android

Yes, your prayers have been answered. You will now be able to use FaceTime on Android and Windows and this has happened for the first time.

While some features of FaceTime are already available in popular video chat apps like Skype, Google Hangouts, Zoom, and Microsoft Teams, but there are certain features like backdrop blur, grid view, and background noise reduction, that make FaceTime one of a kind

This is an unusual move for the firm, but a good one! That’s not all, FaceTime is getting SharePlay, borrowed from Facebook’s Watch Together feature to allow users to watch a movie on Disney+ listen to music on Apple Music, and even watch TV on your Spectrum mobile app provided that you have Spectrum cable package. All this is possible while Facetiming.

When you open Settings in iOS 15, you’ll see a new option called Focus. Consider it a powerful version of Do Not Disturb, meant to establish many DND profiles with different restrictions for different times of the day. You may also share these rules with other devices, which include your iPad and MacBook.

The Do Not Disturb feature already does a good job muting alerts and distractions, enabling only important contacts and messages to come through. However, depending on the time or location, what is or isn’t important is likely to change.

This is when Focus comes into play. You can configure rules for Fitness (when you are at the gym), Sleep (at bedtime), Driving, and other situations. To set the rules, go to settings, tap the Plus (+) icon in the top right corner.

Choose the contacts and apps that can pass through the notification panel. You’ll also be able to arrange Focus profiles to activate automatically at a specific time or when you arrive at a specific location.

Safari has improved too. To begin with, the tab bar has been moved to the bottom of the screen, and the start page can now be customized further. You can even set your own background image.

Another new upgrade is the ability to tab groups. This means you can save groups of tabs together. You can categorize them according to a specific topic or time of day.

To move a URL into a group, tap and hold it on the web. then click “Open in Tab Group.” You may either add it to an existing group or create a new one. Alternatively, you can add the current page to a tab group by tapping and holding on to the URL bar. You can also add pages to tab groups from right from the tab overview panel.

Apple has made numerous changes to iPhone alerts over the years, and for iOS 15, the company claims a “New Notification Experience.” But don’t worry, they don’t appear to be that dissimilar. The addition of contact photographs when possible and larger app icons for easy identification are the most visible enhancements.

Your iMessage contacts will be able to check if you’re in Focus mode before sending you a message. Also, you can prioritize notifications and distribute them in batches to avoid creating clutter.

The maps app appears to be updated with every Apple event, but this time, the upgrade is going to be something big, at least that’s what Apple promised.

So, what’s new? Expect 3D views of overpasses, realistic-looking night vistas, and some local information. A clever new feature for public transit riders will show them exactly where to enter the underground mazes and when it’s time to exit.

When it comes to limiting what apps can and can’t do, iOS has always performed admirably. You can already limit how much access an app gets but some things are changing.

Thanks to the iOS 15, you can now have a better understanding of how apps use rights such as your location or your camera. In case an app is using more privileges than it should, or at unexpected times, you’ll be notified and then you can take an action accordingly.

The iOS 15 will now let you use Apple Wallet to unlock your house, car, office, or even a hotel room. This Wallet can also be used as an official government ID. All you have to do is scan in your driver’s license, and it’s ready to use!